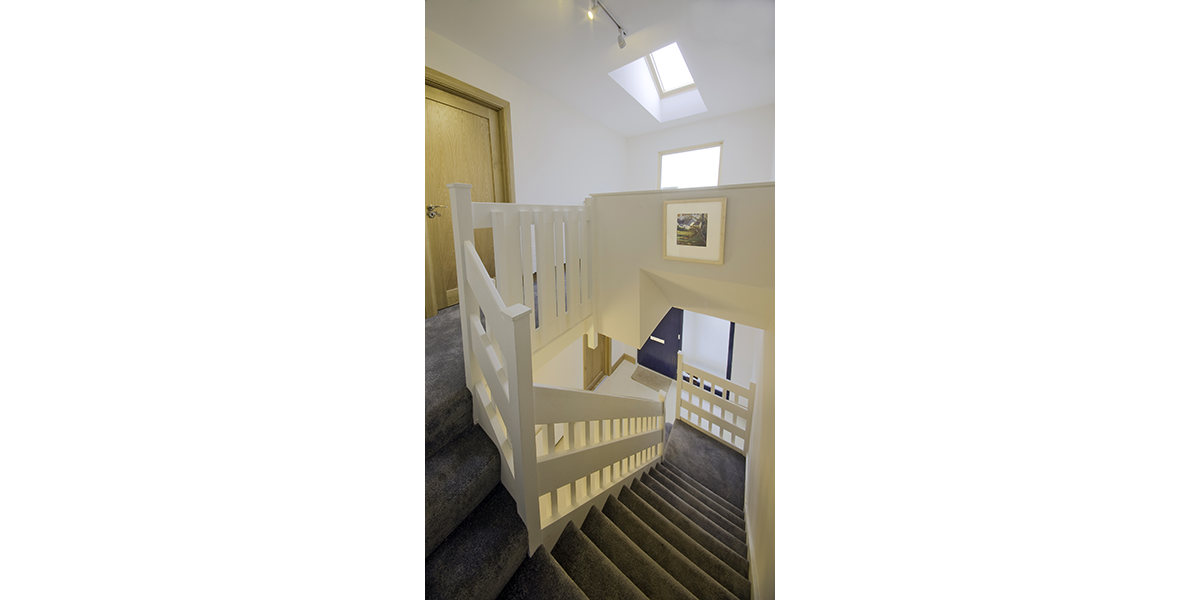 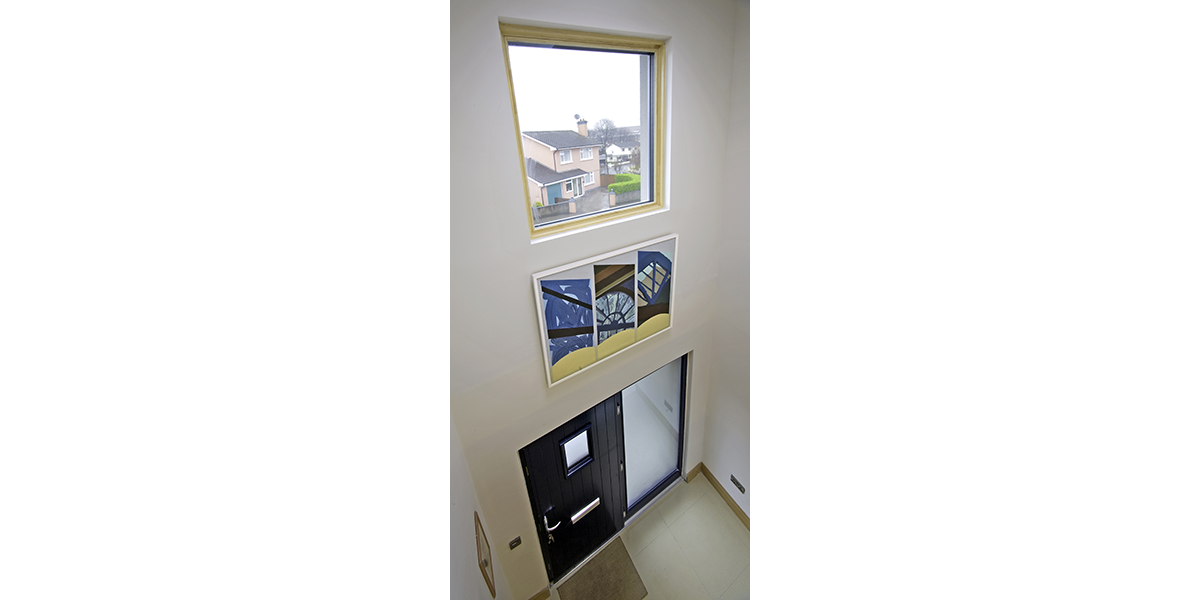 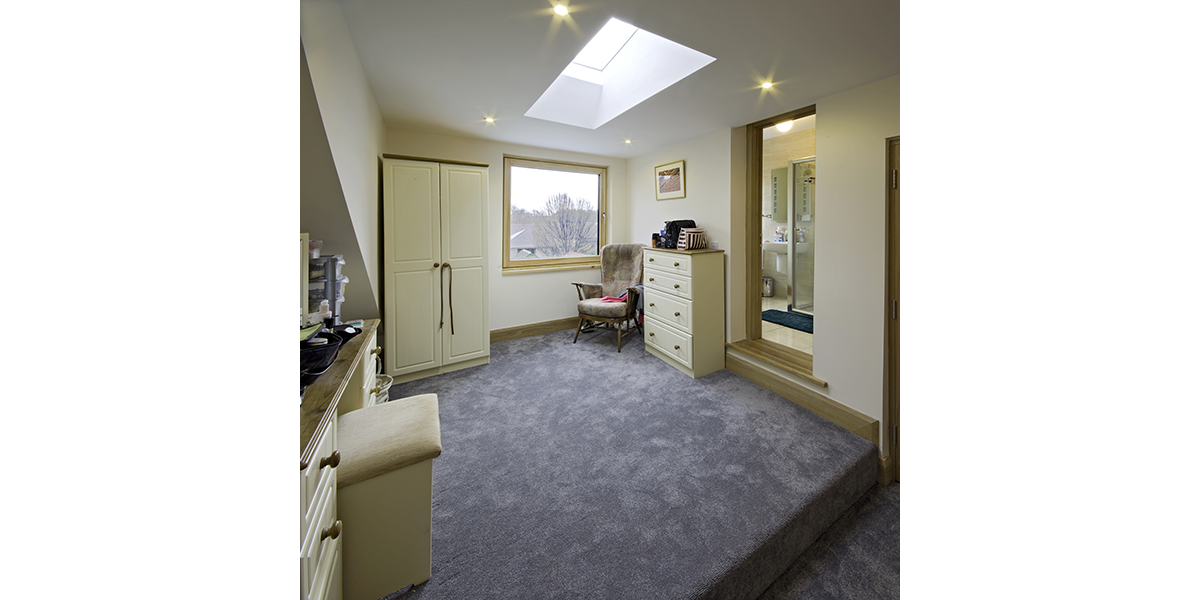 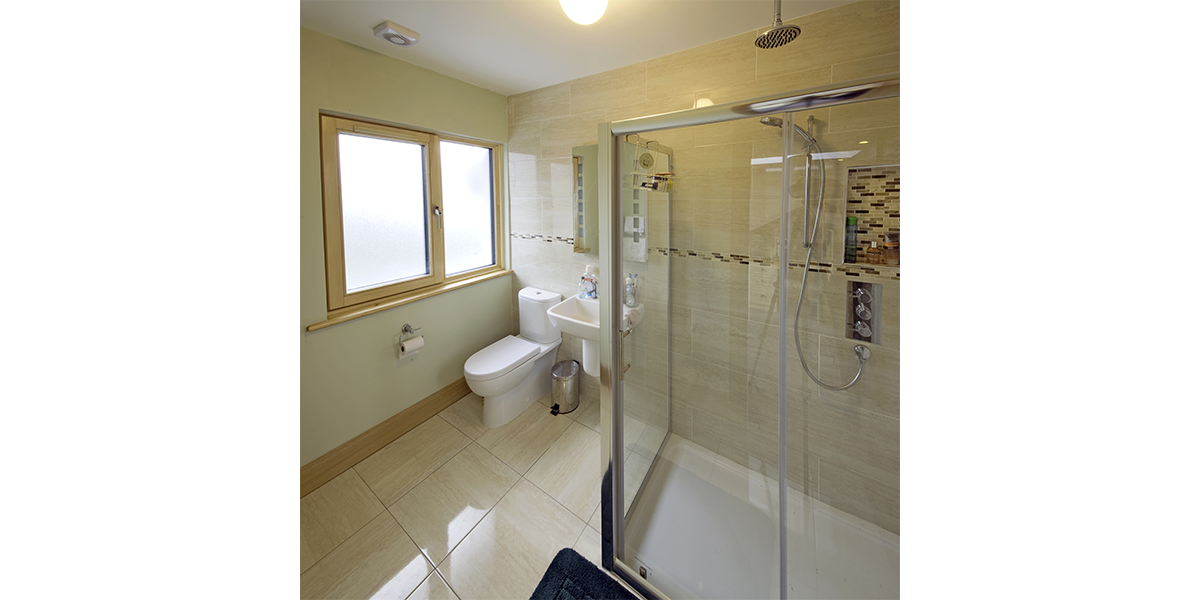 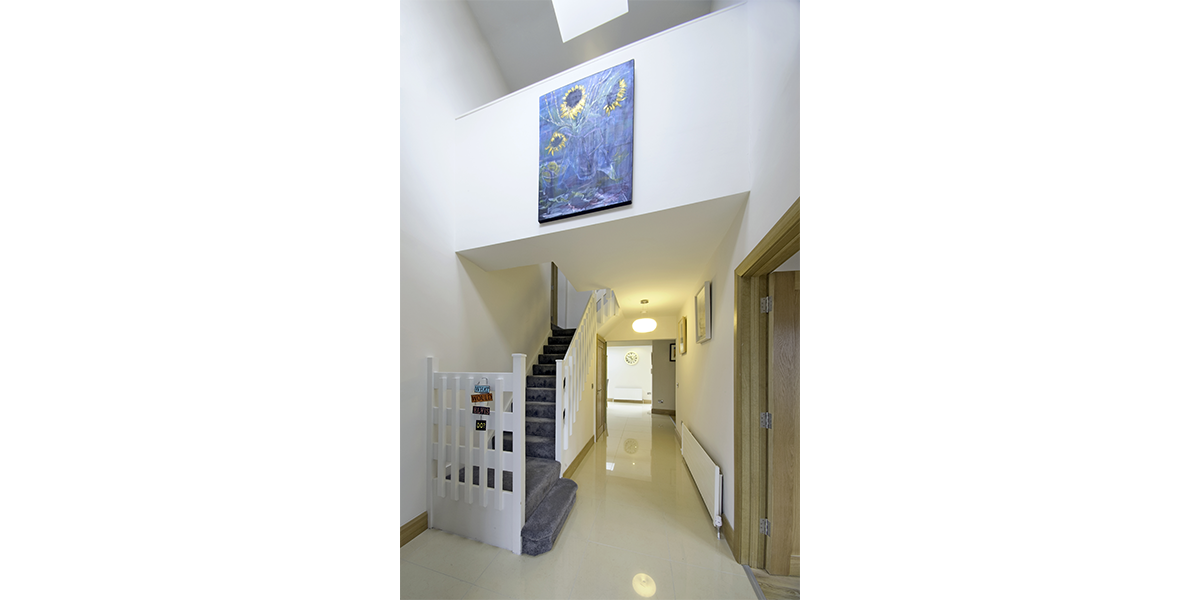 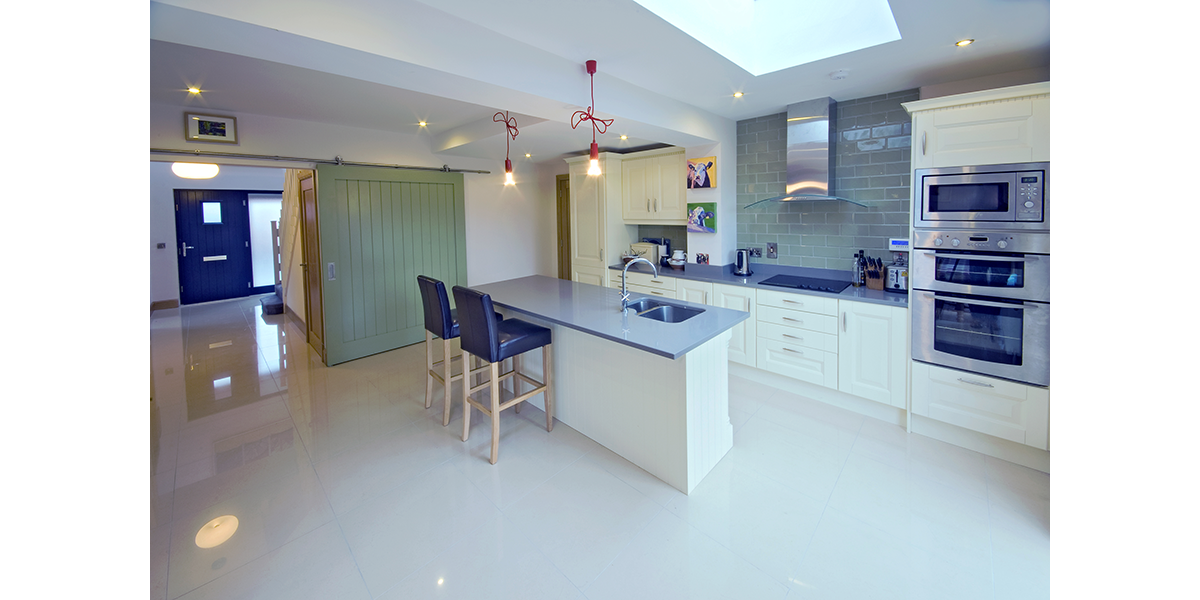 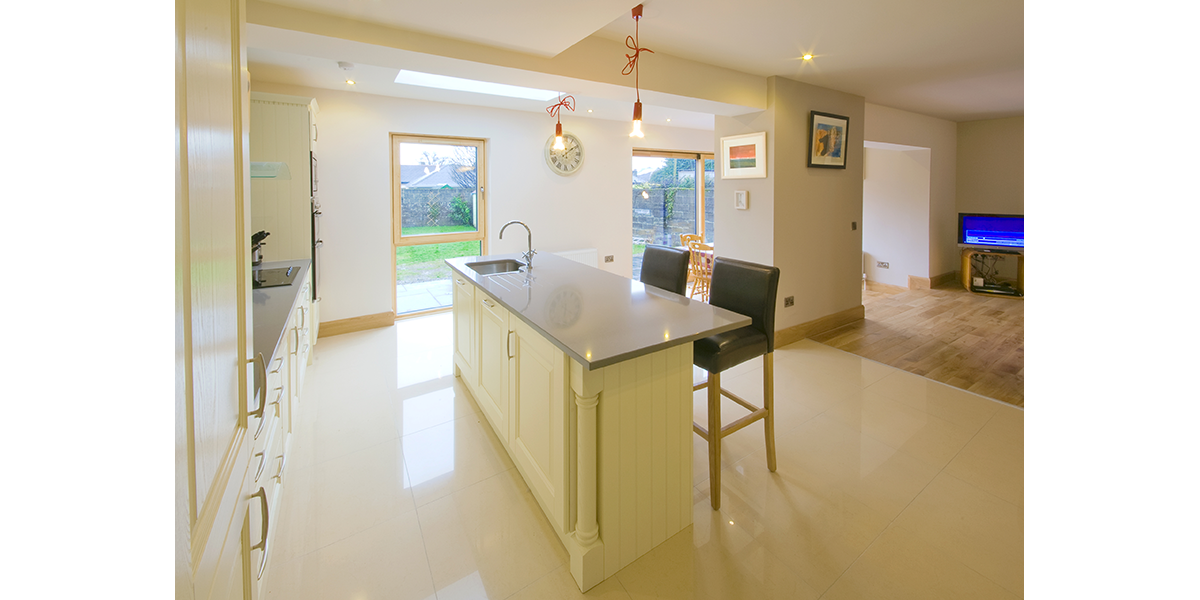 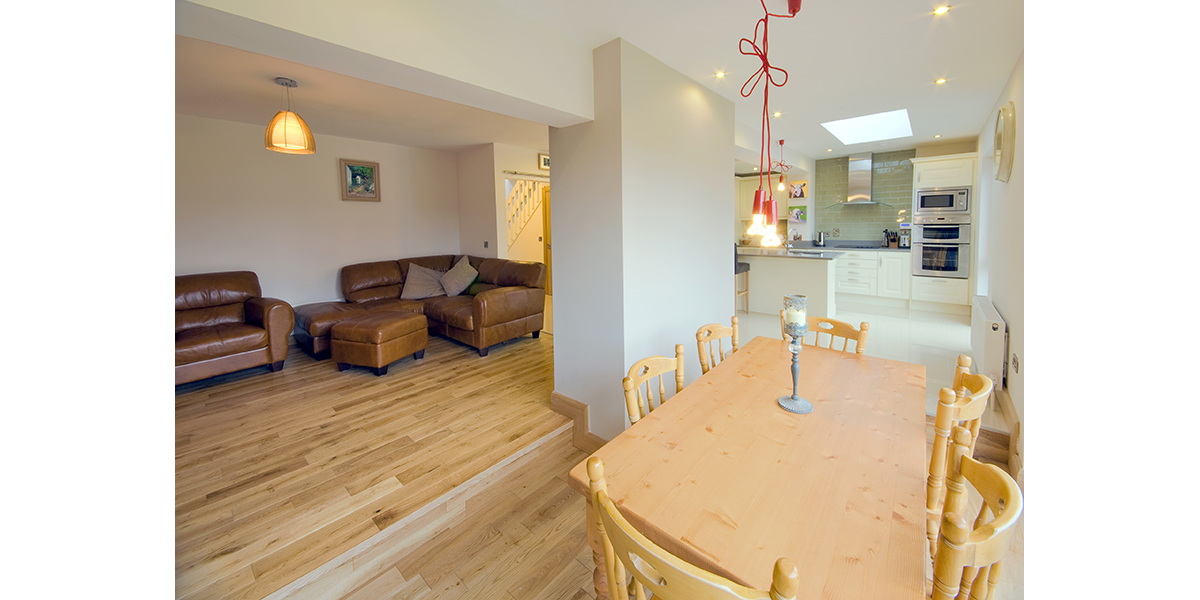 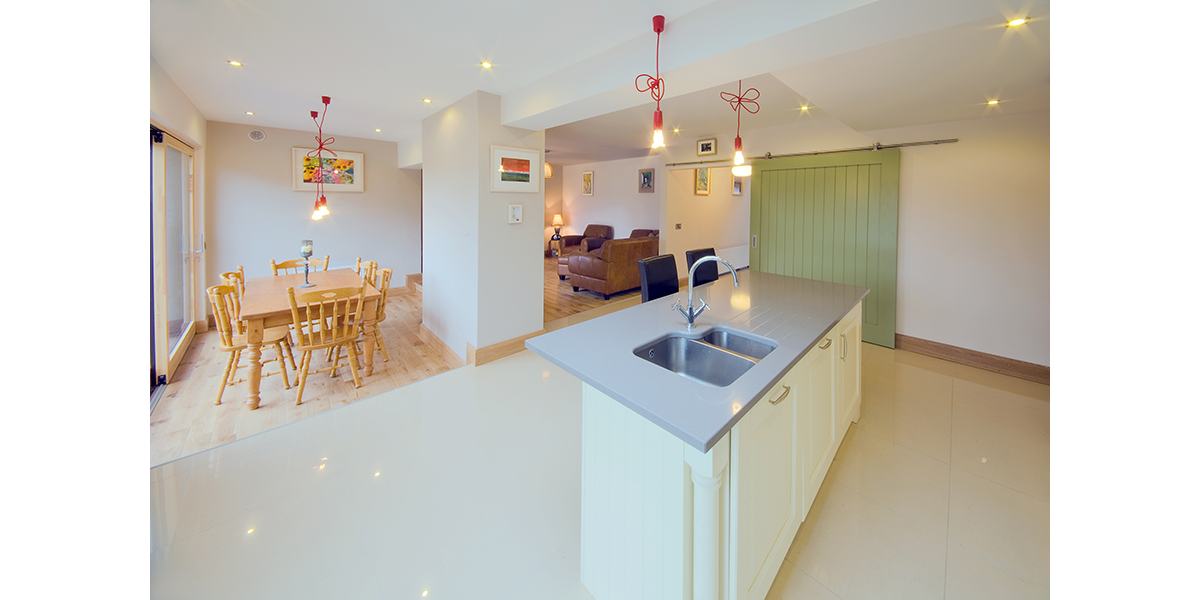 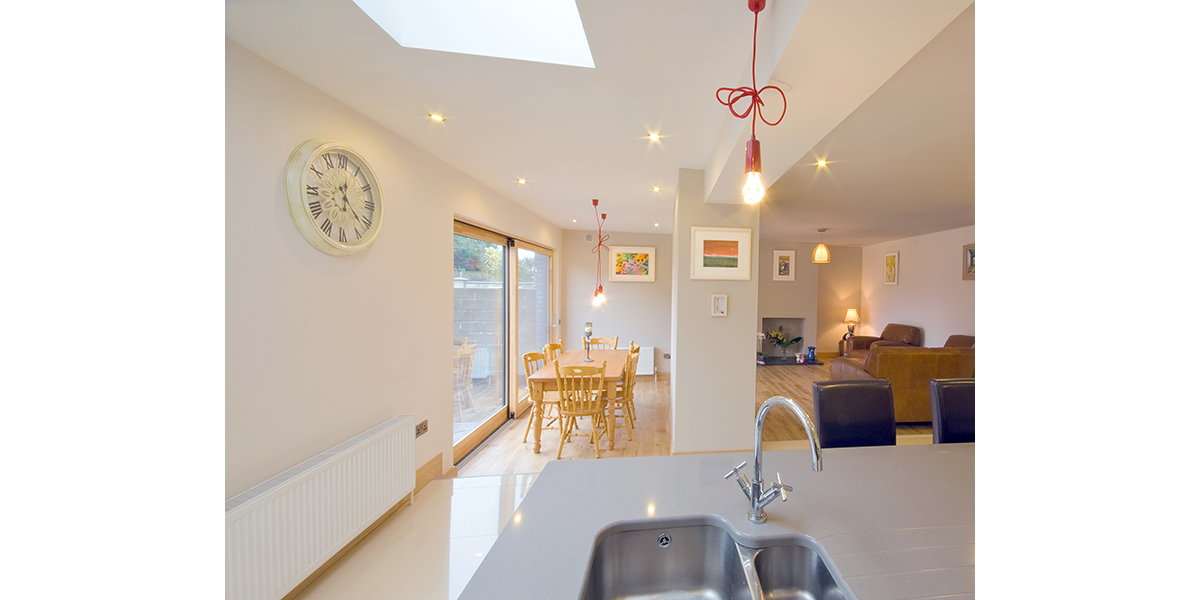 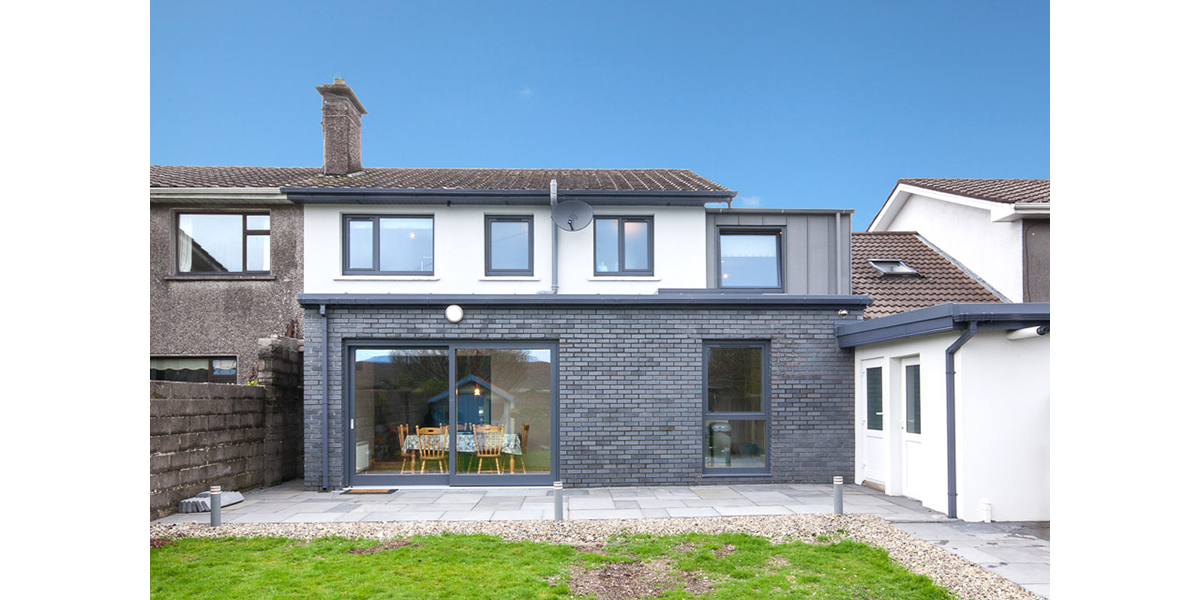 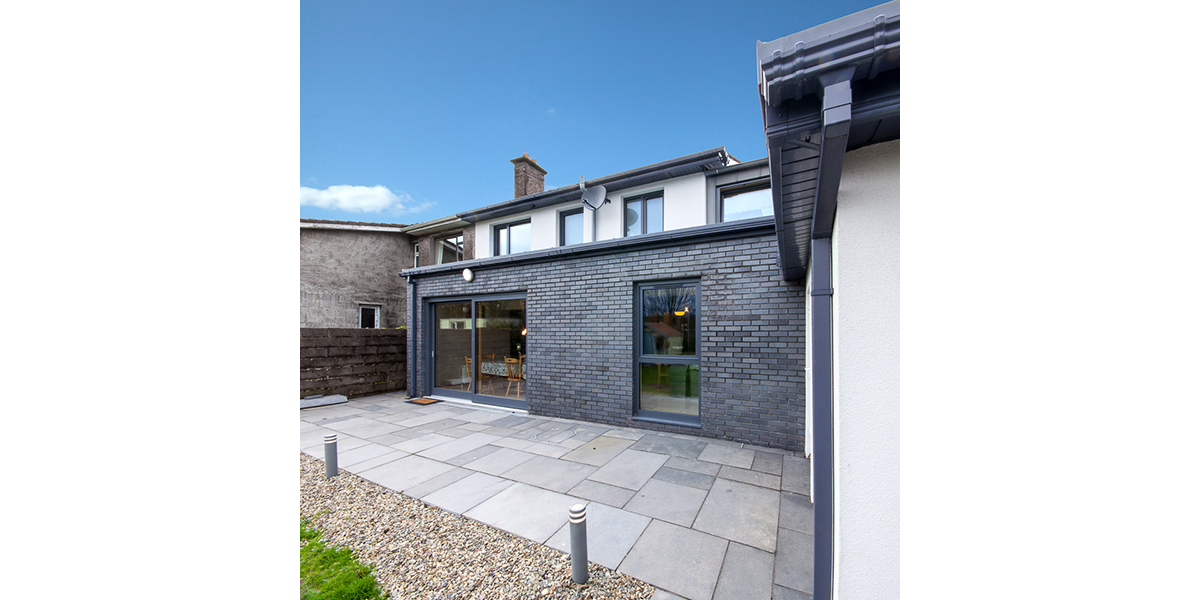 This semi-detached family home was constructed in the 1970’s and needed extensive refurbishment. The existing building was dark and starved of natural light. The removal of the small box room above the entrance lobby to form a double height space with roof-light and picture window added greatly to a bright lobby and corridor leading to the rear kitchen / dining area. A large feature sliding door was fitted to close off the kitchen from the lobby, a small 12m2 extension was constructed to the rear which formed the large kitchen and dining area. Roof-lights here resulted in bright internal spaces.

External grey brick was chosen to reflect the brick used in the original house. A zinc clad dormer window as added to attic above the former garage to form the main bedroom which accessed an en suite (former bedroom).

A full refurbishment of electrical and mechanical services was carried out to the building with insulation works and an acrylic render finishes applied to the existing dashed plaster finish. Minor works were carried to the existing mahogany stairs to ensure it met current regulations by the addition of small timber slats the entire stair was then painted and resulted in an interesting feature to the lobby which carried on to first floor. The finished project was unrecognisable from the former dark interior spaces.

Manage Cookie Consent
To provide the best experiences, we use technologies like cookies to store and/or access device information. Consenting to these technologies will allow us to process data such as browsing behaviour or unique IDs on this site. Not consenting or withdrawing consent, may adversely affect certain features and functions.
Manage options Manage services Manage vendors Read more about these purposes
View preferences
{title} {title} {title}